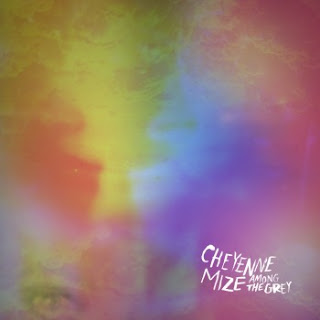 The Movies-In One Era, Out The Other [Spring Break Tapes re-release]

I remember spinning the 10″ back in 2009
with “kiss me again” walking into a summerish forbidden garden of some sorts
mystic colors splurting everywhere and mischief hearts.
Oh and thats how i loved her, as just as i loved discovering new collabs
of Bonnie Prince Billy.
Its time to not split the fun in her new album.
11 tracks for different hours
of spins
an album that got listened and stripped down to the bone a lots
in a short period of time
Go for it! I love her!
Wait for it
Freebee
Official
“Jim might fall out, but im letting him slip away”…

The songs on Among The Grey were written during a relatively short period of both explosive creativity and harrowing self-doubt. Says Mize, “In the midst of this generally positive time I was struggling with huge questions about my life. I had the impression when I was younger that there would be a point in life when all of the sudden I would be ‘grown up’ and have it all figured out. Among the Grey comes from this idea that most of our lives are lived in the in-between places instead of the destinations. Fortunately the good stuff is in the middle, in the process. In that grey area is where you find those little sparks or dashes of color that make it all interesting and worthwhile. The record is like that; it’s dark at times, but has a lot of sparkle to it.”

For Among The Grey Mize worked with a group of musicians who had been touring companions: JC Denison on drums and percussion, Emily Hagihara on bass, percussion and backing vocals, and Drew English on guitar. They tracked the core of most songs live, allowing what she calls a “raw and person-driven sound. Having that human element and letting the songs develop organically was very important for me. In a way I forced my musicians to go in somewhat blind. So much energy comes with not being prepared.” Mize credits recording engineer and co-producer Kevin Ratterman – who has also engineered My Morning Jacket and Andrew Bird – for crafting many of the sounds on the record, while also playing some drums and guitar. Mize also enlisted the help of several local musician friends (including her former touring partner Ben Sollee on cello), adding strings, horns, and more vocals to round out the sound

The Movies-In One Era, Out The Other [Spring Break Tapes re-release]

Listen to DJ Manipulator’s phenomenal “Jazz Is Everything” Vinyl Mix