Fried Dough – Who Is The Dreamer?
Bluebloods – Looking For God On A Dancefloor In Steinbach
Mark ii – Lipsick 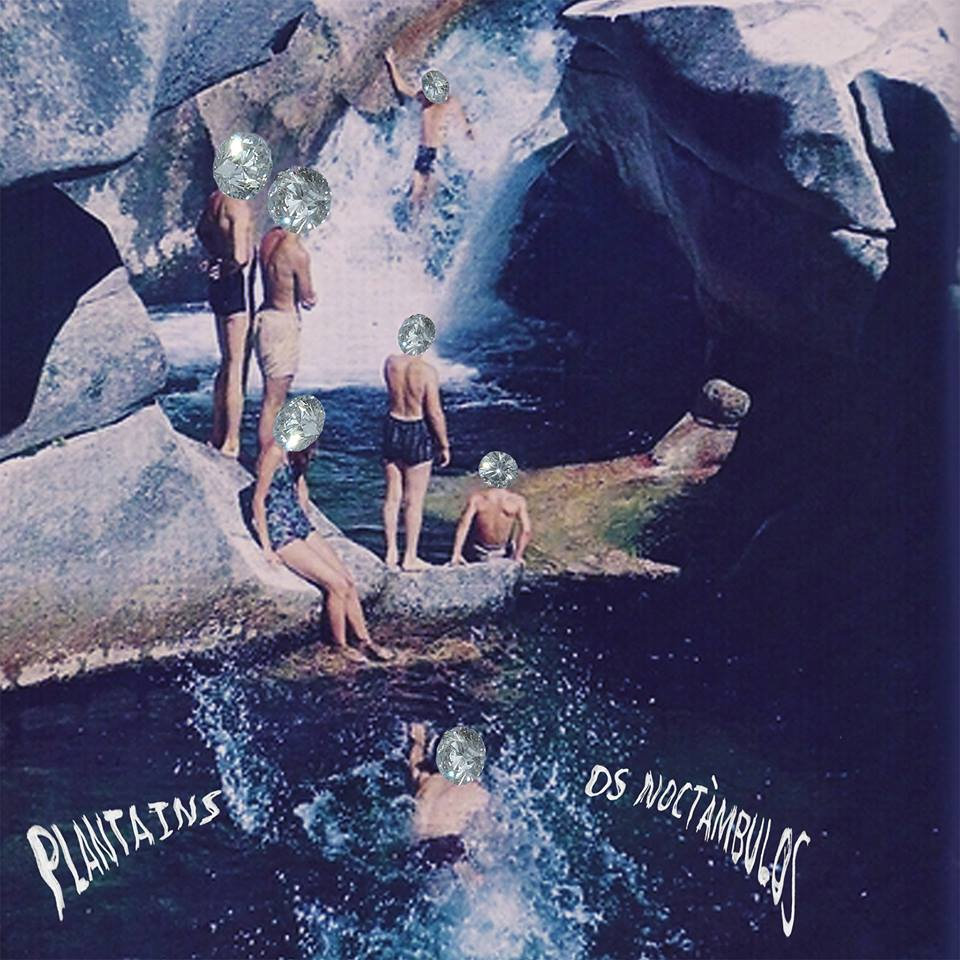 its name your price on bandcamp

Two bands, two countries, two colour vinyl. Half frosted and half blue. Limited edition run of 250.
Plantains (who are now going by the name Heaters) hail from Grand
Rapids, Michigan. The play a rambunctious garage psych somewhat
reminiscent of Nights Beats and Shapes Have Fangs. The energy is
undeniable and contagious. Reverb, echo and distorted vocals over a
driving beat and a classic 60′s garage guitar sound. You can hear surf
influences come in and out of songs which adds a nice spice to an
already super spicy meal. This is the bands first record release. They
released Union (demos) earlier in 2013 which is how Stolen Body fell in
love with them. This album has some of those tracks re recorded as well
as some fresh tracks. They recorded it in the same studio as fellow
Stolen Body band Haunted Leather – Amber Lit Audio studios.
Os Noctàmbulos hail from Paris, France. Their lead singer Nick Wheeldon
is originally from England and moved out to Paris and started Os
Noctàmbulos. We caught their set at the Liverpool psych fest and
immediately got in contact. From the outset you can hear a heavily surf
orientated sound. This mixed in with a raw 60′s garage feel, hints of
country and tense on the edge vocals leaves you with something extremely
original. The songs are catchy and Nick’s voice balances on the edge of
madness whilst the music flows behind casually.
bandcamp download 12inch psych Garage Split LP Surf Os Noctambulos Plantains Stolen Body Records

🤘 @Computerbandit is a new rebellious electroni