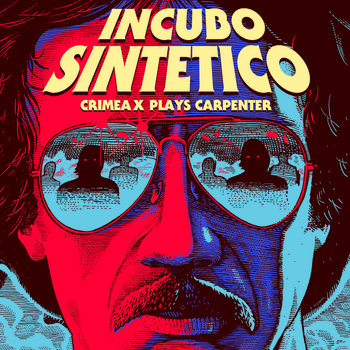 Ιnfamous italian electronic duo Crimea X (Jukka Reverberi & DJ Rocca), for a few months now, have been performing a live show where
they play their own social-kraut-disco versions of a a few masterpieces
by John Carpenter out of cult movies like “Assault on Precint 13”;
“Escape from New York”, Christine whose soundtracks were composed by the
same Carpenter to accompany his sci-fi horror visions… a veritable
cult object for film-buffs : distinctive, eerie, hypnotic.

Thanks
to those crazy guys at To Lose La Track who supported the project since
they saw the live show first time, “Crimea X play Carpenter – Incubo
Sintetico” gets some life on vinyl, in a very luxurious package red
vinyl that will be available February 2015.

The author of the great cover is Marcello Crescenzi.

'Earth (Save Our Planet)' produced by @shane.eusto