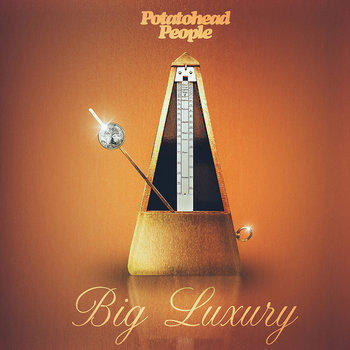 Working on opposite sides of the landmass we call Canada,
Vancouver/Montreal duo Potatohead People (producers Nick Wisdom &
AstroLogical) have been making waves for quite some time with their
signature jazzy boom-bap meets boogie inside the bassbin vibes. Called a
“formidable tandem” by OkayPlayer, their sounds have been championed
early on by the likes of Kaytranada, Soulection, Nightmares on Wax,
Pomo, Exmag, Big Boi, and Phife Dawg. After a few early releases on
Vancouver based netlabel Jellyfish Recordings, Brooklyn’s Bastard Jazz
reissued their 2012 landmark Kosmichemusik EP and pressed a 7″ released
on Valentine’s Day 2013. The association landed their song “Back To My
Sh*t” (featuring Frank Nitty of Frank’n’Dank) on a Powerade produced
LeBron James documentary and Nick and Astro began working on a debut LP
for Bastard Jazz, presented here.