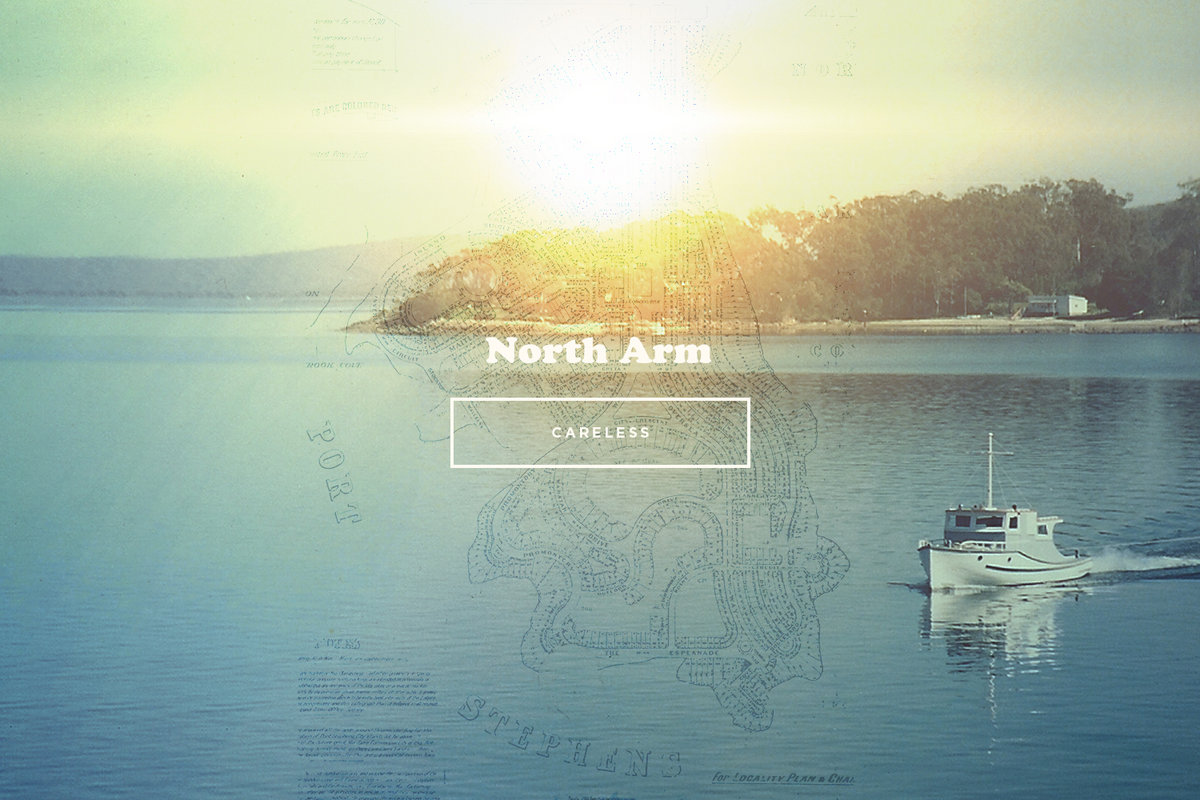 Today, we reach out to our “North Arm” music charm. I don’t know what’s going on in my inbox, but I’m happy to find more music coming straight from the homeland down-under! North Arm just debuted a clip for ‘Careless’ , it’s running free for download on dreampop, folktronica and psychedelic reverb fuel.
The video clip handles footage of the Australian Documentary Australia Daze (1989) directed by Pat Fiske and produced by Graeme Issac, taken from National Indigenous Television and shot on an iphone the day after Australia Day. You can stream it here, if you ever feel like it.
Bold and warm smart guitars, with an electronic beat that fulfills your thoughts with all those nostalgic memories. It was a carefree, care-less age. As if freedom is protesting on it’s own freedom and mentality. Truly, as they speak it’s zinc nosed summers and bindi covered grass that make my feet tingle and my hands sweat with bubblegum indie lush.

As if this wasn’t enough, the carefully stitched nostalgia on a true Aussie daze, just turned up a notch, with an experimental remix by Melbourne hype mate Running Touch. A powerful sense holder of the original track,  R.T. biased plural forms of electronica beats in the circuit. Running Touch, caresses the vibrant self-titled debut of North Arm into a night on flight mood.
I wonder why the band chose the late eighties to make their first on-screen statement.  I used to run barefoot on tall grass, under the ecstatic hose on a hot summer careless day, wondering now if anything has changed in our old back-yard and have we even become more silly seriously on our grown up instincts…..
It was nice stopping by Sydney via Newcastle or Newcastle via Sydney today…
Facebook
youtube bandcamp 2015 download debut australia Dream Pop psychedelic funk documentary disco folktronica reverb Australian Daze North Arm Running Touch