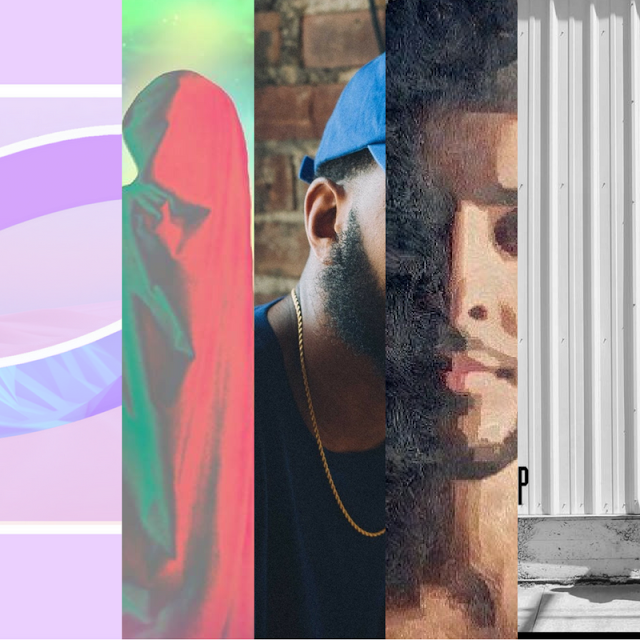 
Fresh off his The Good Panda Tour, Sebastopol emcee J. Lately delivers an inspirational new single in “Trust The Music”. Over a melodic female vocal sample, The song is produced by Space Cadet, who produced half of Lately’s The Good Panda EP, which was released earlier this summer.

RaneRaps is a hip-hop artist from Los Angeles with a sound rooted in funk, soul, and gospel. In his latest single, “Good Day”, he and collaborator, Zeus, sing of overcoming lows through the power of faith and persistence. Look out for more on RaneRaps as he just released his EP, Diamonds & Perils.

St. Louis’ own 24-year old Danté Wolfe steps out with his single “Temp Tags” featuring MME’s Chieftain, “Mvstermind”. Showcasing his strong storytelling ability and finesse of words Danté paints a vivid picture, a positive outlook on a time of turmoil. The single is leading to a new album “Carlton Ave”. Danté uses his lyrical prowess and storytelling ability to show you how to navigate through betrayal, life in the fast lane, and still graduate from a Top 50 University. Connect via Facebook, Twitter, Instagram and Soundcloud.

SO {Standing Ovation} the anything goes bicoastal duo consisting of Producer Bronze Baby Shoes from Virginia and vocalist/lyricist The Character residing in Los Angeles are set to release “COLISEUM”, on January 17th, 2017. Written by The Character, recorded and mixed by BlakeNine, and mastered by Dave Coolie (Elysian Masters / Stones Throw) SO took their inspiration and love of music to produce a record that would be it’s own tornado of hope and triumph. Bronze Baby Shoes diverse musical range and The Character’s vocal schizophrenia displays the group’s long standing love for Hip Hop, R&B, Dance and Punk. Out on candlewaxrecords. Connect on Facebook, Twitter and Instagram.


Born and raised in Norway, Nick Sharma has worked with some of the most well-known artists within the Norwegian borders; such as the youtube sensation Anders Nilsen, Norwegian Idol judge Sandeep Singh, World known battler; Nils m/skils, Skeez Tv Battler Andre Jensen and many more. Nick Sharma has developed his own style, blending spiritual spoken-word syncope rap (think: Rapsody), with a fusion of jazz and neo-soul.Oxytocin is a blend of the old and new; where 808 drums harmonise with old-school strings that have been compressed to synths. The lyrical content is about the ups and downs of relationships, and the video is an abstract symbol of it. Connect via Facebook, Twitter and Instagram.