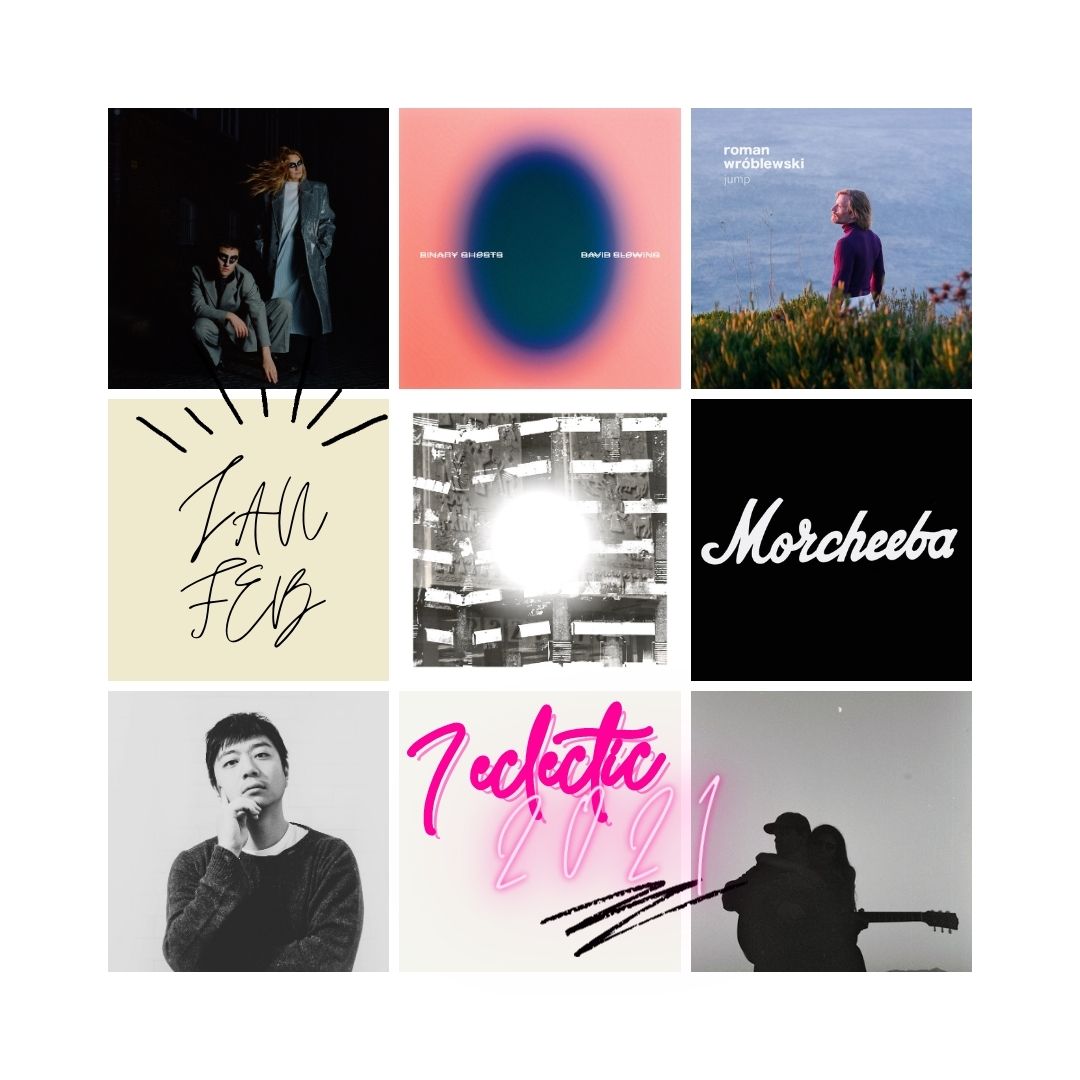 7 eclectic is our new playlist addition on Spotify. Updated bi-monthly! Tracks to listen to – even every day of the week.

MOODOÏD (FR) has revealed a new single, “Puissance Femme” as part of its ongoing PrimaDonna project celebrating female fortitude. The electro-pop song features Stephanie Lange from iconic 80s German trio Saâda Bonaire, whose vocals shed a hint of mystery on this multifaceted feminine power. The video above, directed by Pablo Padovani shows the duo sneaking through the dark paved streets of Bremen at night, with shadowy masks and long oversized trenchcoats – a film noir ambiance with an eighties twist. Any DJ or listener of ours can find gold on this impressive track that has woken up our senses; it is just too damn sexy!

This track has been immensely haunting as time rolls out. There is no way we can pass on the words of David Slowing. So I am just copying his story below, which I think all of you should read and think about the process of life, grief, and death, in another digital dimension. You can buy his LP on Bandcamp here, and proceeds from Binary Ghosts will go to benefit Alzheimer’s, Hodgkin’s lymphoma, leukemia, and congenital heart disease research. Let the spirit live on.

Binary Ghosts are the digital remnants we leave behind: the Facebook graveyard, Twitter-like-bots posting in perpetuity — the infinite databases of pictures, videos, and sounds. When so many clippings of our identity are digitized, it is possible they can take root and grow their own lives with a little watering from those who remain.

The inspiration for this record came after a strings of deaths. Grief is expected, but what I didn’t expect was the unique way the grieving used digital mediums to express their grief.

A few months after my grandmother passed, I would intermittently get likes on my Instagram from her account. It was both incredibly unnerving but also comforting. It ended up being a relative who had her old iPad and was nostalgically drifting through her account.

In another case, a close friend passed after a long and difficult battle with cancer. To this day, his parents keep his memory alive by regularly messaging and posting on Facebook as him… refusing to let his account go “in memoriam.” His father acknowledged this behavior as odd but also wants to do everything possible to continue the legacy of their kind and valiant son.

In my case, I’m making this record. When my mother passed at 57 from Alzheimer’s, she left behind a basket of cassettes. She loved music, but as a foremost stay at home mother to 6 kids, never attempted to “make it.” The cassettes contained hours of her rehearsing, running scales, vocal lessons, writing, covering. As I listened through them, I began to think about how these sounds were sort of extensions of her memory.

Inspired, I sampled her scales and created a digital instrument. The piano sounds on the record are those of my brother and I “playing” her, playing the piano. Similar to how the others performed memories on social media, I was performing the memory of my mother.

Binary Ghosts is an exploration of this phenomena. By sampling my mother, and other friends who have passed, I am attempting to collaborate with their memories. To continue their legacy, and hopefully, to bring light to the horrible illnesses that took them so early.

Roman Wróblewski is a pianist, singer, and music producer. With a mixture of jazz improvisation while bringing in his neo-classical touch, his music is conceptual and highly emotional. If you love the greats like Debussy, Einaudi, and Frahm, you will spot in his music material dashes of impressionistic melodies with clarity, vision, and purpose.

So honored to feature on this eclectic list names like PaprTape. There is a rush of immersion as you listen to his works, a sense of being placed in a paradise-like acoustic play yard. When the soundscapes calm our soul, it becomes pure bliss. The beautiful pauses and heart-beats arrive from time to time; through dusk till dawn, we are amazed. I’m writing this on paper, and it will never wash out. This is a track to connect your breath with your heart—link to the official website to keep up.

Tony Yang, 楊伯翊 (Yáng•bó•yì), going by the stage name PaprTape, is a producer and musician who makes music in various genres that combines traditional and modern techniques. As an artist and composer, PaprTape works with analog synths and tape machines to create warm ambient sounds and textures. He often combines acoustic and electronic instruments to create melodies that are familiar yet new to the audience. His work has been showcased with major brands and artists, including Burberry, Marshall Headphones, Philip Glass, Fung Bros, and many more. PaprTape is currently living in Brooklyn, NY, working with Michael Riesman of the Philip Glass Ensemble, International Artists, and Brands.

Saigon Would Be Seoul is the solo project from Mirza Ramic of the electronic music duo Arms and Sleepers. We are hardcore fans of A&S, so it came in as a blessing through the promo pile! This featured track is a reworking by fellow artist Grabek, the solo project of the Polish composer and violinist Wojtek Grabek. There is much to delve upon, so here comes the backstory for your ears and heart.

While spending most of his adult life in the US, Mirza was born in Bosnia & Herzegovina and lived there until 1992, when the Bosnian War forced his family to flee the country. Mirza and his mother would spend the next few years moving across continents, countries, and states as refugees. Mirza’s father did not survive the war; he was killed by a mortar shell in 1993. This personal journey of trauma, loss, and survival is at the core of the project’s DNA.

The name Saigon Would Be Seoul is taken from Viet Thanh Nguyen’s collection of short stories titled The Refugees. In it, a Vietnamese woman exclaims how Saigon today would be as modern, prosperous, and progressive as Seoul in South Korea had the Vietnam War never happened. Similar sentiments exist amongst Bosnian people when discussing the Bosnian War and its aftermath. These powerful feelings of “what if” and “what could have been” cut deep through every refugee’s heart, regardless of nationality, ethnicity, or geographical location. The nostalgic and painful recollection of the past is an important aspect of Mirza’s music and is purposefully captured in the project’s name.

Good news for us Morcheeba fans! A new album is coming along, “Blackest Blue” due mid-April and today we get a glimpse of “Sounds of Blue” single. A 10th studio album, and it sounds crisper than ever. And we need a chill-state of mind indeed.

Jon Middleton and Sierra Lundy comprise the euphoric indie-folk duo Ocie Elliott. Their new song “Slow Tide” is the title track to their upcoming EP out in March. The song is about finding that power within after a time of feeling like one had lost it. Time to challenge your ears and find your starting point in moving forward. An outstanding blend of voices and musicianship.

Hi mates! Ever since 2008, I blog almost daily or curate music for a purpose as founder/editor-in-chief in this space! I'm an avid music collector, and love supporting humans "in" the arts!