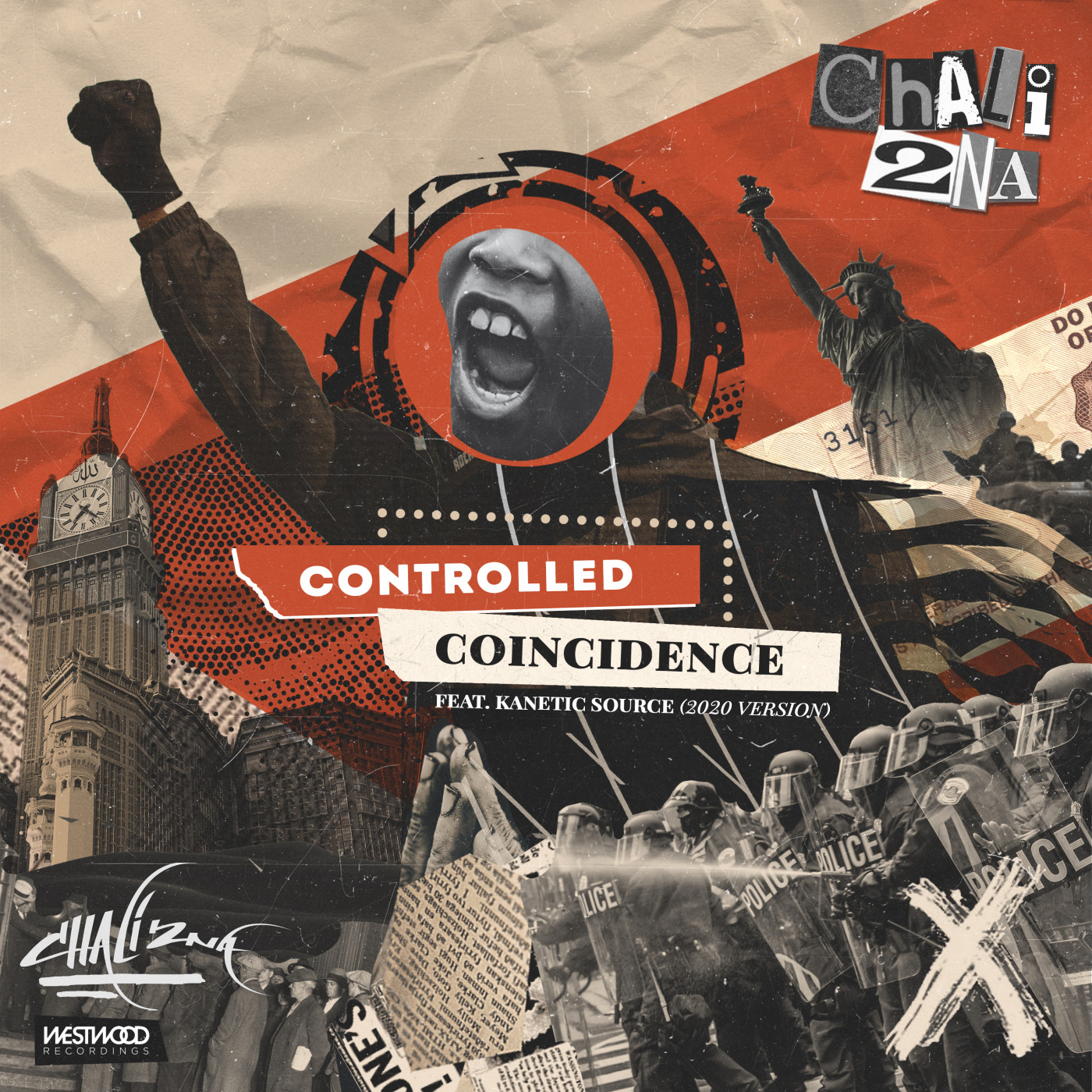 Sometimes, these days, the world seems closer to post-apocalyptic cinema & storytelling than to that which many assumed their ‘real’ lives would be like. With the world on the brink, crippled by a pandemic, & hanging over the edge of total climate collapse, anything seems within the realm of possibilities – an alien experiment? an AI simulation? the end of days? purgatory? Still, to some who came up with such strife, hardship, & trials & tribulations, this seems like a continuation of a war that we’ve always known – & which has been waging since the very beginning.

Now, anyone who knows the highly inspiring & influential Jurassic 5, or the Grammy-winning band Ozomatli, already knows the legendary MC known as Chali 2na. With his acrobatic lyricism & notable baritone/ bass delivery – & particularly, his pursuit of old & deep knowledge – it’s easy to say he’s one of the greatest, of the greatest generation, in the history of hip hop. Via his latest piece of art, ‘Controlled Coincidence’, a collaborative effort with Kanetic Source, & a prophetic ‘refresh’ of the 2009 release, it is revealed to listeners that the deep questions only get deeper, &, for warriors of the truth, fighting that good fight shows no signs of letting up.

Existing out of time/ space, striking right through the heart of the moment, & exemplifying the emotions of those who’ve been battling for years, Chali & Kanetic’s exchange of verses is nothing short of verbal mastery. Rhyming over a beat comprising mostly of traditional Middle Eastern music, full of polyrhythms, polymeters, & expressive microtones (& a notable timpani), this hits less like a ‘hip-pop’ single, & more like an incredible recording of one of the best cypher’s of all time. An epic coda, harmonies that border on the early soul, & a truly momentous chorus: ”From genesis to exodus. From homelessness to extra plush, from flesh to dust. These unexplained intense events. Is it a form of control or coincidence?’” – this is beyond music alone, this is a message.

Charlie is an audial adventurer, a cultivator of lands, and a time/space explorer. You can find him as @doghousecharlie or @greatwaveband on Bandcamp!

Quilll – Yoga In The Living Room